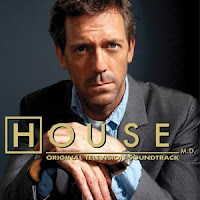 The main hero of popular American TV medical drama earns much more of his real prototype. The salary of House M.D. is subject for envy for many health-care professionals in USA.

that debuted on TV on November 16, 2004. Central character of show is Dr. Gregory House, who heads team of diagnosticians at the Princeton-Plainsboro Teaching Hospital in New Jersey. He is a brilliant Infectious Disease Specialist and Medicine diagnosis guru.

Who Plays Dr.House and is He a Physician?
“Dr.House” – is British actor James Hugh Calum Laurie, better known as Hugh Laurie. He's a Comedian, actor and a writer. And he is a musician also. In July 2010 he announced his first solo blues album, called “Let Them Talk”. The album was released just few months ago, on April 16, 2011.

What is Dr. House Salary?
It pays much more to act like a Physician on the TV screen that to be one ;-). Hugh Laurie reportedly makes about US $480,000 per episode ! (or 240,000 UK Pounds). That's not even what a real-life Infectious Disease Specialist makes per year in America ..And even more the salary of neurosurgeon in USA!
I already posted about neurosurgeon salary in USA which is one of the highest among medical professionals.

Email ThisBlogThis!Share to TwitterShare to FacebookShare to Pinterest
Tags How much does Dr. House earn?